FuelPositive Corp. (TSX.V: NHHH) (OTCQB: NHHHF) is a growth stage company focused on licensing, partnership and acquisition opportunities relating to energy-efficient technologies and sustainability. The company is committed to providing commercially viable and sustainable clean energy solutions, including green ammonia (NH3), for use across a broad spectrum of industries and applications.

FuelPositive is headquartered in Toronto, Canada.

Hydrogen has been positioned as the best alternative to fossil fuels, but increasingly, green ammonia is being considered as a more practical solution.

The hydrogen economy is currently facing many challenges. Traditional (grey) ammonia manufacturing exists on a massive scale, but centralized refineries using the Haber-Bosch system that relies on the use of fossil fuels result in some of the world’s most concentrated CO2 emissions. In total, an estimated 200 million metric tonnes of grey ammonia are consumed each year, with greater than 80% utilized by the agricultural sector.

The production of hydrogen is energy intensive, but it is just one variable hindering the growth of the hydrogen economy. Other hurdles include:

A key benefit of FuelPositive’s patent-pending, first-of-its-kind green ammonia production technology is its flexibility. The modular, scalable and transportable system (built to fit within standard shipping containers) allows for small, medium or large-scale production of green ammonia on location. This decentralized approach eliminates the challenges and volatility associated with traditional refineries and the wildly unreliable supply chain. As such, with an appropriately sized FuelPositive system and access to renewable energy, the end use applications for the company’s platform are nearly infinite. End users will have the green ammonia they need in the right amount, at the right time, in the right place – at a steady price, year after year.

On May 19, 2021, FuelPositive announced its selection of National Compressed Air Canada Ltd. (“NCA”) to be its partner in manufacturing the company’s Phase 2 full-sized commercial prototype systems for green ammonia production.

In a news release detailing the partnership, FuelPositive CEO Ian Clifford noted, “This critical milestone for FuelPositive will confirm the broad application potential for our technology and is the backbone of our Carbon-Free Hydrogen-NH3 offering. Partnering with the knowledgeable and experienced team at NCA on this commercialization project will bring our development-stage program to life.” 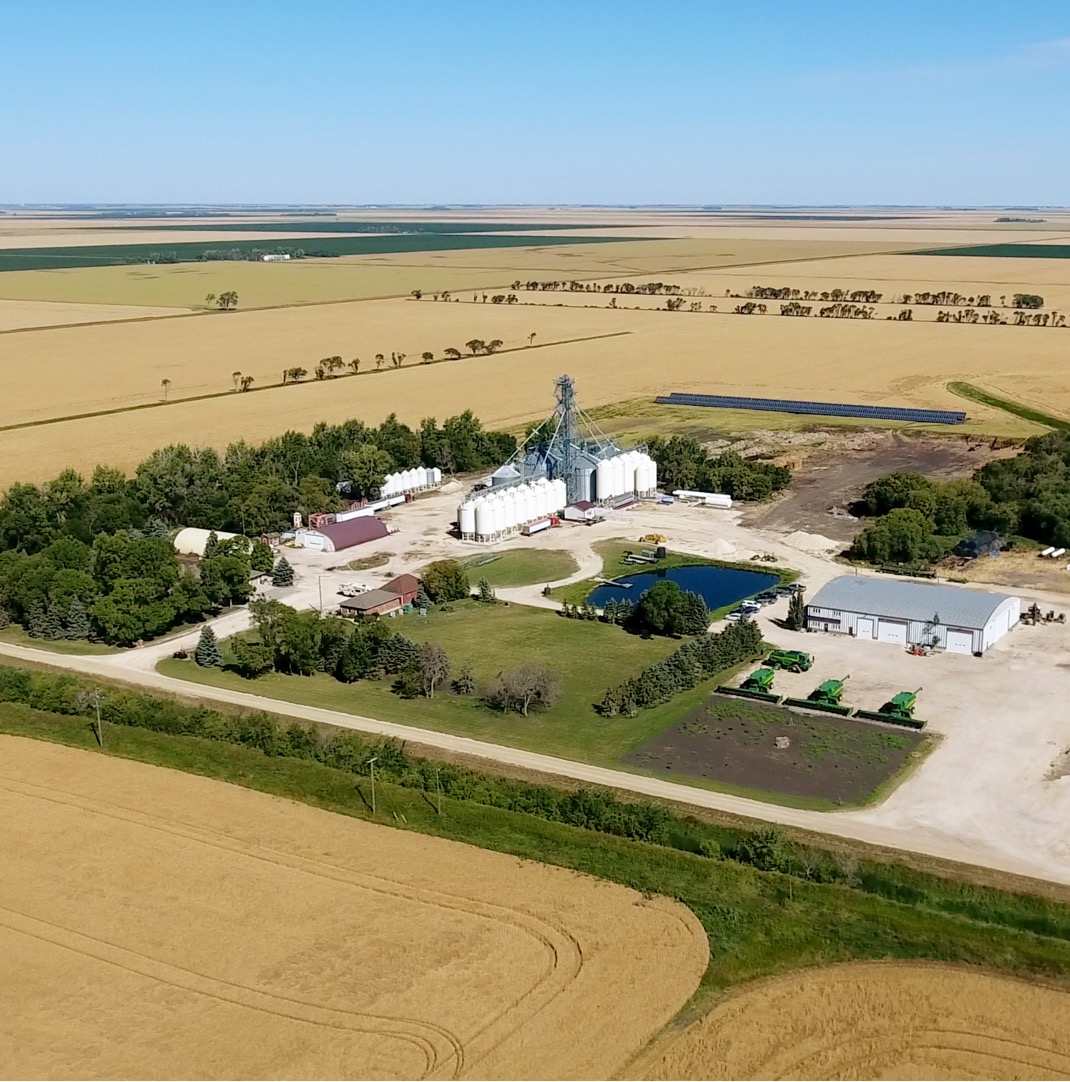 The first farm FuelPositive will be operating on – an 11,000-acre crop farm in Manitoba, Canada

FuelPositive is estimating its first demonstration prototype production system will be deployed on a farm in Manitoba, Canada in late summer 2022. Its second and third systems are expected to be set up in similar demonstration pilot projects later in 2022.

In contrast, the global green ammonia market is projected to grow from $16 million in 2021 to $5,415 million by 2030, at a CAGR of 90.2%, according to a Research & Markets study. This explosive growth is expected because of green ammonia’s potential as an alternative to fossil fuels and its role in the hydrogen economy.

The agricultural industry consumes more than 80% of global grey ammonia, primarily as fertilizer. Smaller percentages can be attributed to the waste, water treatment, refrigerants, antiseptic, textile, mining and pharmaceutical industries.

One of the most polluting industries on the planet consists of conventional agribusinesses. These polluters are responsible for more greenhouse emissions per year than transportation. This is where FuelPositive’s technology is expected to be extremely beneficial. 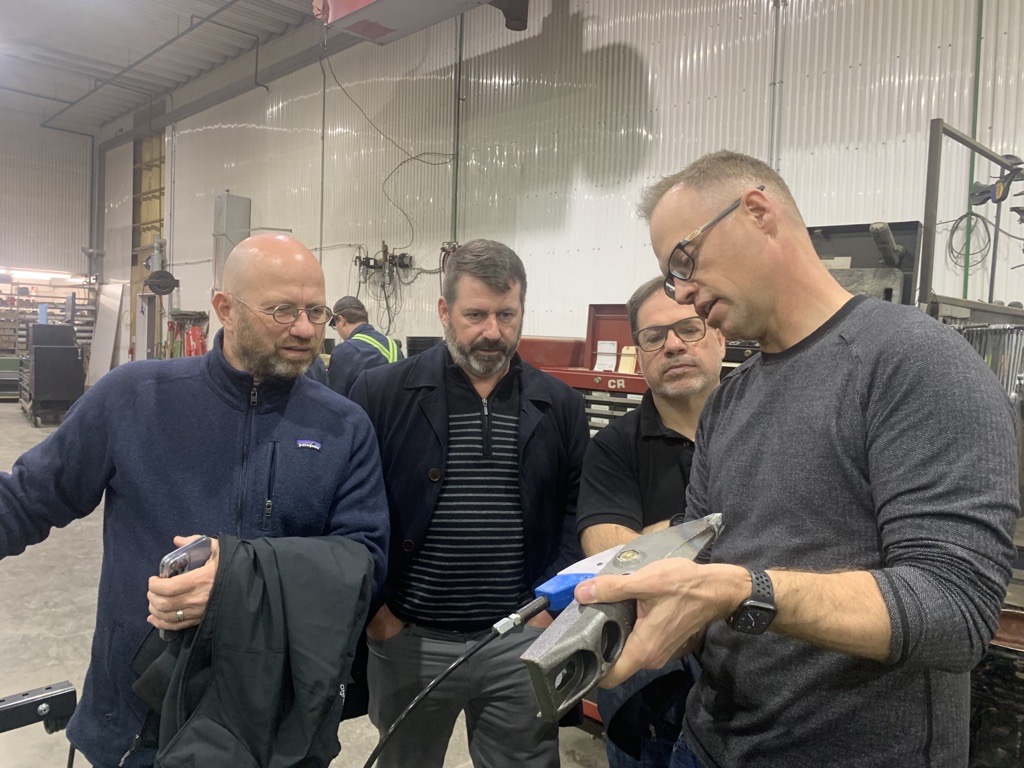 The FuelPositive team on site at the company’s first demonstration pilot project in Manitoba, Canada

Ian Clifford is Director, CEO and Founder of FuelPositive Corp. He has over 25 years of experience in the fields of technology and marketing and has successfully led the company to global brand recognition through its unique energy solutions. Since 2006, Mr. Clifford has raised over $50 million in equity financing for FuelPositive. He also co-founded digIT Interactive, a full-service internet marketing company serving Fortune 500 clients, which he sold at the peak of the market in 2000.

Nelson Leitte, Chief Operating Officer, is focused on the design, development and production of the FuelPositive prototype units and the future commercialized units. Mr. Leitte comes from an engineering and manufacturing background, with over 30 years in the high tech automation and robotics industries. His key transferrable experiences include inventing solutions for companies such as Toyota, Tesla, Kimberly Clark and many more. The size of systems ranged from under $100,000 to large projects over $10 million. Many of the systems are currently in production today at various facilities around the world. At FuelPositive, Mr. Leitte is taking an aggressive approach, driving the commercialization of the company’s systems, along with evolving the technology further with its team of researchers and scientists.

Dr. Ibrahim Dincer is a scientific advisor to FuelPositive and is recognized as a pioneer and international leader in the area of sustainable energy technologies. Along with his team, Dr. Dincer invented the modular carbon-free ammonia (NH3) production technology that FuelPositive is commercializing. His area of specialty covers various topics including ammonia, hydrogen energy and fuel cells; renewable energy systems; energy storage systems and applications; carbon capturing technologies, and integrated and hybrid energy systems He is currently managing an exemplary team of researchers in this commercialization project.

Dr. Ghassan Chehade, Lead Project Engineer at FuelPositive, is a hydrogen/ammonia subject matter specialist, focused on the link between climate change and energy systems. He worked at Clean Energy Research Laboratory, performing research related to clean energy systems. His discoveries on ammonia and hydrogen production methods in the lab have translated to commercial solutions that can revolutionize the way to reduce carbon emissions. Dr. Chehade, who previously worked with Dr. Ibrahim Dincer, is listed with Dr. Dincer as co-inventor on the company’s provision patent for its green ammonia production system.

François Desloges, Senior Business & Technology Analyst, has over 25 years of experience in high tech entrepreneurship. With a degree in electrical engineering from Polytechnique de Montréal, he has developed electronic systems software applications and material science at the heart of innovative processes for start-up companies. An out-of-the-box-thinker obsessed with quality, Mr. Desloges has always preferred small teams and projects with the potential to disrupt the status quo.

André Mech is FuelPositive’s Advisor, Carbon Credits and Emissions Reduction. Mr. Mech has worked in the emissions reduction space for more than 20 years, assessing the emission profiles of hundreds of transportation and renewable energy companies and technologies on two continents. His experience positions him as one of the most knowledgeable emissions reduction and carbon credit specialists in the sector.

Dr. Claudia Wagner-Riddle, Agriculture Advisor to FuelPositive, is a Professor in the School of Environmental Sciences (SES), University of Guelph, Canada. Dr. Wagner-Riddle leads an internationally-renowned research program utilizing the measurement of greenhouse gas emissions to determine the carbon footprint of food, feed and fuel produced by agriculture. She is the Editor-in-Chief of the international journal Agricultural and Forest Meteorology and leads a nationwide training program on climate-smart soils. Dr. Wagner-Riddle was recently appointed Director of the North American regional chapter of the International Nitrogen Initiative.